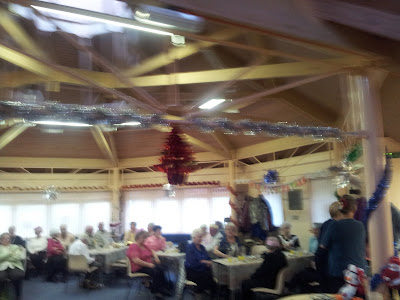 Today I had the pleasure of briefly dropping in on the Christmas Party at Corso Street Sheltered Housing Complex. It was great fun and it was good to see so many tenants enjoying a Christmas party together. As the local councillor I was pleased to see the excellent work of the wardens who made the event possible for the residents. I was also able to show that I should have listened more at school when we did Scottish country dancing or social dancing (we always wanted to play football - but I'm not very good at that either!). I did manage to stumble through the St Bernard's Waltz.
Posted by Richard McCready at 23:08

I studied the history of Dundee for my PhD, this meant, bizarrely, that I had to spend months at the British Newspaper Library at Colindale in north London. There is a marvelous collection there which includes some Dundee newspapers which are not available in Dundee.

I certainly enjoyed my trips to London and I have nothing but praise for the staff at Colindale. Not sure that the trips on London Underground's Northern Line deserve praise though.

There is now a really exciting project underway which will digitise the newspaper collection. For me the most exciting part of this project is that it is being done by a company based in the West End of Dundee, brightsolid.

This is a really interesting project and it is great that it has been developed in Dundee. It is great that a Dundee based company is delivering such an important national, even international, project.

You can visit the British Newspaper Archive here, there is a cost involved in most searches but this will be a great service for historians in the future.

There is actually a great collection of newspapers available in the local history library in the Central Library in the Wellgate in Dundee.

Well done to everyone concerned with this great project.
Posted by Richard McCready at 11:06 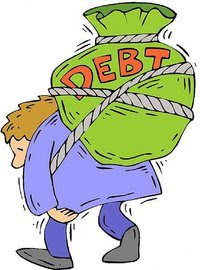 My Labour and Co-operative colleague Stella Creasy MP has been running an excellent campaign to End Legal Loan Sharking. This is a campaign that I strongly support. Independent research by R3, the insolvency body, shows that one in six of us are now what they call 'zombie' debtors, able only to service the interest on our debts, but not reduce the debt. 45% of people in the country are now in financial difficulties - amongst young people this figure rises to 62%. People in financial difficulty are being bled dry by the legal loan shark industry with interests rates of 1700% or more. R3 research suggests that in the next six months three and half million Britons expect to take out a payday loan. In an unregulated credit market, the research shows just how financially dangerous this is, revealing 32% of those who took out a payday load couldn't pay it off, so had to get another one. This is not just bad for these families, but bad for Britain. As more and more household income is sucked into paying interest on these loads so the public are left with less money to spend, hurting an already anaemic economy.

You can read more about Stella Creasy's campaign here.

Stella's campaign in the House of Commons has little chance of success unless pressure is put on MPs and the UK Government to support her plans for a bill which would regulate the credit industry more and limit interest rates. You can sign a petition to the UK Government asking that they take action to deal with Legal Loan Sharks.

People who have debt problems in Dundee should contact the Citizens Advice Bureau. I would recommend saving and borrowing from the local credit union Discovery Credit Union.


I hope that the UK Government listens to Stella Creasy and the many many people supporting her campaign to tackle Legal Loan Sharks and take the burden of debt off of people struggling to make ends meet.
Posted by Richard McCready at 10:16

No excuse for violence against women

I was pleased that Dundee United and Celtic players wore white ribbons on their shirts during Sunday's match. While this is merely a symbolic gesture I hope that it will have made some of those watching think about their relationship towards violence and their attitude towards women.

We can make our society a better society if we all take our responsibilities seriously and ensure that we are never complicit in condoning violence.
Posted by Richard McCready at 00:16

No room at the inn?

I was delighted to bump into Shelter Scotland's campaign team in Dundee today. They were campaigning on their 'No room at the inn?' campaign. In Scotland 5,800 children will spend Christmas in B&Bs or temporary flats, most of them will still be there at Easter. I will contacting Dundee's housing department to find out what they do for children in temporary accommodation. I am lead to believe that Dundee deals well with this issue but I will be seeking reassurance. 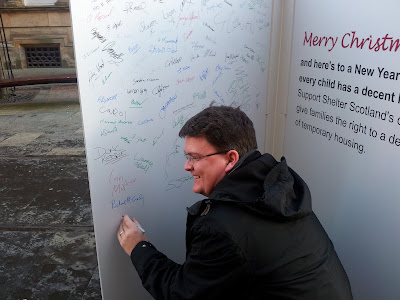 You can find out more about the campaign at Shelter's website, you can also sign the petition here. I was pleased to sign the big Christmas card today in Dundee and you can see from the picture on the right me signing the Christmas card.

It is really important that we do all we can to provide the best start in life to every child, decent housing plays an important part of providing the best start possible.
Posted by Richard McCready at 23:21

I was disappointed to hear that Gamesa has decided not to locate jobs in Dundee. It is important that every effort is made to bring jobs to the city. Like my colleagues I want to do all I can to ensure that jobs are brought to our city. We need to ensure that all agencies are working together to put the best case for the city and deliver jobs. I know that the Labour Group on the council is prepared to work with all sorts of partners to make every effort to bring jobs to the city.

I think that the BBC's Douglas Fraser has a very interesting take on this. I do think that Forth Ports need to put in a bit more effort to attract jobs to Dundee. Dundee has a great deal to offer and I think that all of us with the city's best interests at heart must work together to deliver jobs and investment opportunities in our city.

Jobs must be the top priority for all of Dundee's politicians.
Posted by Richard McCready at 20:39 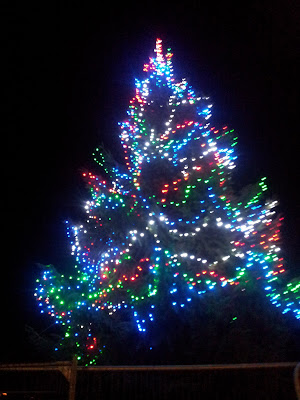 The end of last week saw some great Christmas events. On Thursday evening was the Christmas concert and the switch on of the Christmas Lights at Seabraes. It was great to see and hear pupils from Ancrum Road, Blackness, Park Place and St Joseph's Primaries take part in the concert. I have to declare an interest as a proud parent that my daughter was in the St Joseph's choir. It was great to hear pupils from Harris Academy also performing, and see dancers from the Russian School. I was delighted to hear the excellent Sheena Wellington singing as well. Sheena switched the Christmas Lights on. The very poor quality video shows the lights being switched on.

On Friday evening I was pleased to be present when some young people from West End schools switched on the Christmas lights at the Westport. This is a great part of the West End with some really good individual shops that need to be supported in these days of corporate takeovers of our High Streets. The picture shows the tree at the Westport after the lights were switched on.

On Saturday I was able to get along to the packed Christmas Fayre at Blackness Primary School. This was a really good event and demonstrated the excellent work done in the school by the teachers but more especially by the pupils I bought some homemade Christmas decorations which will enhance my tree this year. I was also delighted to buy a copy of the Parlour Cafe Cookbook which was being sold on Saturday in aid of school funds. The Parlour Cafe is in the Westport and is exactly the sort of place I was talking about before. I was delighted to hear about the work of a new publishing company based in the West End which will be publishing more on food in the future, I'd like to wish the Kitchen Press all the best.