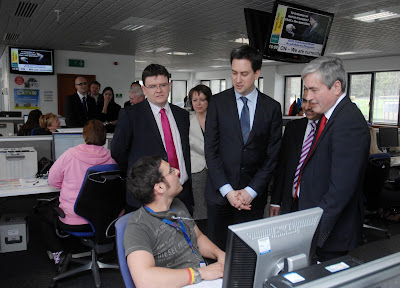 Today I was really pleased to be joined on the campaign trail by Ed Miliband and Iain Gray. We visited the Tesco Financial Services offices in Baird Avenue. Clearly jobs is a top priority for the Labour Party and for the people of Dundee. It was good to speak to workers at Tesco and to the trade unions and to hear about the work and training which goes on at the site.

I agree with Ed Miliband when he says, "I know that Scottish Labour will fight for the things that really matter - jobs, opportunities, apprenticeships. It’s why Labour exists." "The SNP say it is all about separation. Labour says it is all about jobs."
Posted by Richard McCready at 22:22 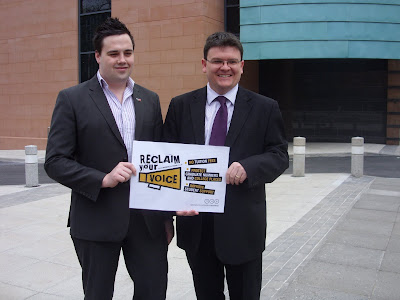 Today along with my colleagues Mohammed Asif and Jenny Marra I supported the NUS's Reclaim Your Voice campaign. We met with Abertay University Students' Association President David Currie to show our support for the pledge. Labour's Iain Gray has also set out Labour's case in the video.

Young people should not be burdened with tuition fees and that's why I wholeheartedly back this campaign. Access to education must always be based on ability to learn, not ability to pay.

Scottish Labour Leader Iain Gray was the first party leader to sign up to this campaign and I am pleased to follow his lead. A Labour government will not introduce any up-front or back ended fees in the lifetime of the next parliament. Students have been let down by Nick Clegg's betrayal and Alex Salmond's broken promises. We need our young people to have the knowledge and skills Scotland's economy will require as we move out of recession. Supporting students is part of Labour's drive to focus on the things that matter. I was delighted to be joined by my colleagues Mohammed Asif and Jenny Marra in pledging our support for the NUS's campaign and in stating that we support Labour's policy of no tuition fees; that there should no price tag on university education

Posted by Richard McCready at 20:23 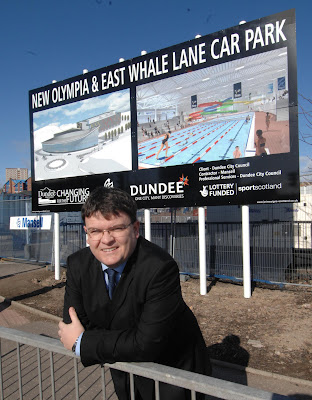 On Thursday the Scottish Labour Party launched its Sports Manifesto for the Scottish election. As Labour's spokesperson on Leisure, Arts and Communities in Dundee I have long recognised the importance sport. This is why I brought forward proposals for a new swimming pool and leisure centre at East Whale Lane. I hope that when this swimming pool opens that the council is providing free access to the pool for young people as well as free lessons.

I am particularly happy that Labour is supporting Supporters' Direct and that we will work to ensure that sports clubs are more accountable to stakeholders. The greatest stakeholders for football clubs are the fans; the fans should have a say in how their clubs are governed. This is good enough for many famous clubs in Germany and indeed for Spanish clubs such as FC Barcelona (who don't do too badly).

It is also important to work towards two hours of PE a week in all schools and adopt creative ways to engage both boys and girls in a wide range of sporting activity.

Scottish Labour will act boldly to change the sporting culture in Scotland and in doing so, markedly improve our nation's health.
Posted by Richard McCready at 00:16 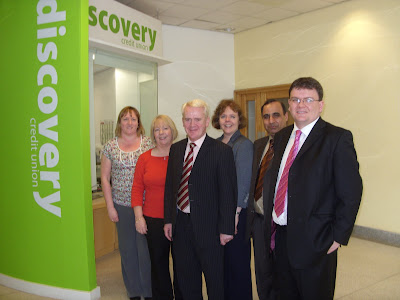 In this election I am happy to have supported the Credit Union Charter from ABCUL. If elected I will work to promote credit unions.
Posted by Richard McCready at 23:46

I support Labour's announcement today of support for a change in Scots Law designed to increase the very low rate of rape cases that reach the courtrooms. A Labour-led Scottish Government would support removing the requirement for corroboration in prosecutions involving charges of rape. Obviously this is a major change and changes something which is fundamental to Scottish law. But this issue needs to be looked at very seriously. Convicting those who are guilty must be a priority, if the law makes this too difficult then that is an injustice. Last year 884 cases of rape were reported to the police but just 41 of these cases led to convictions.
Posted by Richard McCready at 23:42

As will be clear to regular readers of this blog I have a real concern about the future of our planet. I am really pleased to support the policies proposed by Labour to protect the environment. The Scottish Labour Party led the way in the Scottish Parliament on climate change - pushing the Scottish Government from their limited ambition on carbon reductions to the most radical targets in the world at 42%. I am particularly keen on Labour's Green New Deal. This is a scheme which would involve installing small scale renewable energy technologies and energy efficiency measures in 10,000 homes and businesses in Scotland. I hope that these proposals will deliver jobs in Dundee as well.
Posted by Richard McCready at 23:34

Delighted at recognition for McManus Project 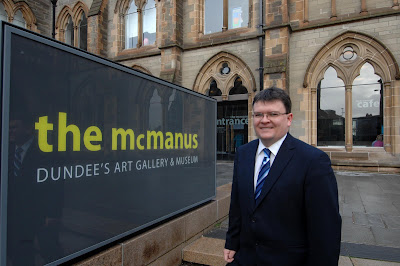 I was the Convener of Leisure, Arts and Communities on Dundee City Council as the McManus refurbishment project came to fruition, today I welcome the recognition of the success of the project from Glasgow Caledonian University.

I am very proud of the work that was done on the McManus project when I was the Convener of Leisure, Arts and Communities. A lot of dedicated people who worked for the council and its contractors did a great amount of work to ensure that this project was successfully completed. The McManus is Dundee's most popular building. It is excellent that Glasgow Caledonian University's Moffat Centre has recognised the 'success story' of the McManus refurbishment. Preserving the history of our city is crucial and presenting the best in art and culture to the people of Dundee and to visitors is really important.

I believe that the refurbishment of the McManus Galleries was hugely important and provides an ideal starting point to bring the V&A at Dundee project to fruition. I look forward to playing my part in making this project a reality.
Posted by Richard McCready at 23:24

I attended the monthly meeting of the West End Community Council on Tuesday evening. There was a very interesting discussion led by John Logue, the Area Procurator Fiscal, and Chief Superintendent Gavin Robertson on policing and prosecuting actions against vandalism and petty crime. Dealing effectively with these sorts of crime is important to the quality of life of local people. We must put the interests of the law-abiding majority first. There was also some discussion about other issues which are important to people in the West End.
Posted by Richard McCready at 23:50

I had a very useful meeting this morning with Liz Scott Gibson from Deaf Action. Deaf Action has recently amalgamated with Tayside Association for the Deaf. I was interested to learn about how the organisation will be going forward. I was also interested to learn about what I could do as a member of the City Council to help people with hearing difficulties in Dundee. If I am successful in getting elected to the Scottish Parliament I will be looking to hold surgeries with British Sign Language interpreters. It is important that politicians represent all their constituents.
Posted by Richard McCready at 23:08

Labour in Dundee has been campaigning on our cancer waiting time guarantee over the past few weeks. It is clear that this is popular with local people and that people believe that Labour's approach is the correct one on this issue. Indeed, the pledge to halve cancer waiting times was ranked by Scottish voters as their top priority in this election in a recent poll. People can also show their support for our campaign by signing up online at www.scottishlabour.org.uk/cancer

Reducing cancer diagnosis waiting times will be a Labour Scottish Government's number one priority in health.
Posted by Richard McCready at 22:46