On Thursday evening I attended the latest meeting of the West End Local Community Planning Partnership.  This is the meeting were officers from the council and from other partner organisations share information and try to deliver joined up services to people in the West End.  The meeting heard about work which is being done on the over provision of alcohol.  I would be interested in constituents views on this important issue, are there too many pubs and off-licences in the West End?

We also heard about the on-going problems being caused by welfare reform.  It is clear that welfare reform is making an impact in communities across Dundee and that over the next couple of years things will only get worse.

It was also good to hear about the work of a number of colleagues in different departments across the West End.
Posted by Richard McCready at 00:20

Dundee - A UK City of Culture

Firstly I want to say how disappointed I am that Dundee did not win the bid to be UK City of Culture in 2017.  I want to congratulate Hull and wish them every success in their year as UK City of Culture.  I also want to congratulate everyone associated with Dundee's bid who did so much to bring together an exciting programme of events.  I hope that many of these will still go ahead.

I have been a long-standing supporter of this bid and I am glad to have played my part in getting Dundee to apply to be UK City of Culture in 2017.

The strong partnerships in Dundee have become stronger as a result of this bid and it is important that we build on this and look for ways to ensure that these benefits are not lost.  I will be looking for the City Council and the Dundee Partnership to preserve all that was good about the bid.  The bid team with the support of the people of Dundee developed a series of ideas for 2017 and we must look to develop those ideas and deliver some of the imaginative and exciting proposals which were included in this plan.

It is the policy of the council to consider bidding to be European City of Culture in 2022 (I think that's the date) I think that we should be thinking about this and working with the UK Government to look at the prospects for such a bid. These are exciting times for Dundee, the Waterfront re-development is taking shape. I look forward to the V & A at Dundee opening by 2017 and I am sure that this will be a major development for Dundee, Scotland and the United Kingdom. It is disappointing not to have won the title of UK City of Culture however I am clear that Dundee is a City of Culture and I will be campaigning to build on our bid and make sure that Dundee continues to develop for the good of everyone in the city.
Posted by Richard McCready at 12:24

On Tuesday evening I attended a meeting of the Harris Academy Parent Council.  As always it was a good opportunity to hear the views of parents.  Tonight's meeting was very interesting and included an update on the exam results at the school.  It is always good to hear about the good work which is going on at the school.

There was a discussion about road safety in the vicinity of the temporary location at Rockwell.  I will be continuing to seek extra school crossing patrollers near the school.
Posted by Richard McCready at 00:34

On Monday evening at the City Council's Policy and Resources (Police, Fire and Community Safety) I was pleased to support my colleague Lesley Brennan in her attempts to get the council to object to the closure of the police counters at  Longhaugh and Maryfield Police Stations.

This was an interesting debate where a number of SNP members indicated clear dissent from the party loyalist, the Scottish Government can do no wrong attitude being promoted by the Administration.  It was a shame that they did not have the courage of their convictions when it came to voting.

Whilst it is true that people are more and more using the telephone and electronic means of contacting the police there are still a relatively large number of people who want to visit the police station in person and speak to a human being.  In large part this policy is driven by the need to reduce civilian police staff numbers.  I am not convinced that this is the way forward.

I was pleased to hear Cllr Jimmy Black support that part of Lesley Brennan's proposal which called for a reassurance that future  changes to the police service would be reported to the council in a timeous manner.  I was pleased to second his suggestion and I was disappointed that this reasonable cross-party proposal was ruled out of order.

Scottish Labour is running a campaign on this issue, you can support that campaign here. http://www.scottishlabour.org.uk/campaigns/entry/save-our-police-service
Posted by Richard McCready at 23:50 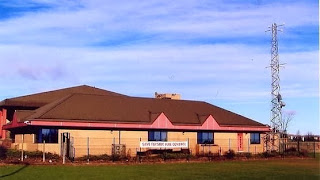 At tonight's Policy & Resources (Police, Fire ad Community Safety) Committee I raised a number of issues about fire and rescue services.  On the quarterly performance report  I raised concerns about a rise in the number the deliberate secondary fires.  These are fires set in for example rubbish bins.  Those who set them think that they are 'fun' but in reality they are very dangerous and cost the taxpayer money. I wanted to know that there was  plan to deal with the 179% variance between the target and the actual performance.  Part of the reason given was that there was good weather over the summer which encouraged people to be outside and created dry, combustible materials.  I don't think that we would win many votes by seeking a poor summer next year and in any case this is well beyond the powers of the committee.  It was good to hear about plans to deal with this problem.

I also asked about plans to deal with unwanted fire signals, this is when fire alarms are set off and fire engines respond.  Sometimes these go off by accident or sometimes deliberately.  There are many facilities in the West End which have caused problems such as students halls and even Ninewells Hospital.  Whilst I support efforts to ensure that these systems operate correctly and to deal with malicious use of these alarms, I am concerned that we should not change the response.  We need to err on the side of caution and ensure that an appropriate response continues to be made.

On the Scottish Fire and Rescue Update I raised concerns about the future of the fire control room in Dundee.  I also asked that the council support the retention of vehicle and equipment workshops close to Dundee. You can also show your support for the control room by signing the petition organised by the local Fire Brigades Union.
Posted by Richard McCready at 00:10