I have supported Amnesty International UK's campaign against investing in the production of cluster bombs. Some British banks including ones like RBS which are partly-owned by the British taxpayer. We all have a responsibility to ensure that actions that are taken in our name or on our behalf are done so ethically, that is why we should make our views known to the Chief Executive's of banks which are investing in this manner. I've emailed the Chief Executive of the Royal Bank of Scotland telling him what I think about investing in cluster bombs, you can support Amnesty's campaign here.

The video here was produced by Amnesty and gives their side of the story. I am pretty clear that we should be doing all we can to rid the world of these weapons.

Posted by Richard McCready at 14:27 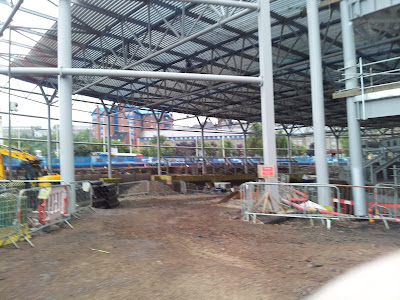 I was at a meeting of the New Olympia Project Board this afternoon. This board looks at progress which is being made in the building of the new swimming pool at East Whale lane. It is good to see progress being made on this important development for the city. I was pleased to receive a report which stated that local businesses are taking a full part in this project. I always want the City Council to use its economic power to promote jobs for people in Dundee. This power is constrained by a number of legal issues but we should be doing all we can to promote the local economy.

The picture shows what will become the pool hall before too long. It is good to see this project, which was a manifesto commitment for us at the last election taking shape.

Posted by Richard McCready at 23:51

The City Council recess came to an end on Monday evening when there was a meeting of the Development Management Committee. The main item was a discussion about how the council deals with Section 75 agreements and subsequent appeals against their enforcement. Section 75 agreements occur when a development is allowed subject to certain conditions. Frequently in the West End this means an agreement that new houses cannot be used as Houses in Multiple Occupation (HMOs). I think that HMO legislation and regulation is good for the West End because it enforces standards, especially safety standards on rented accommodation. I think that it is very important that the West End has the correct mix between HMOs and permanent residents. Many, though not all, HMOs are occupied by students and there is no doubt that students and the university and college community in the West End contribute to the very attractive nature of the area. The West End should not be exclusively an area for student residences, a mix between HMOs and permanent residents is good for everyone. I hope that the reports which were put before the committee on Monday evening mean that the council can continue to implement these section 75 agreements and in the West End that the council can continue to try and protect the vibrant nature of our community.

Posted by Richard McCready at 22:55 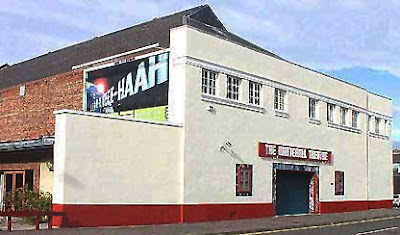 I am sorry to see that the Whitehall Theatre might close. Dundee needs a variety of cultural activities and I would be disappointed if we lost the Whitehall Theatre. I know that these are tough times in the world of business and for the council but I will be looking to see if we can find any ways in which the council could assist the theatre in order to keep it running.

I'm glad that reports suggest that the Theatre will remain open, and I hope that ways can be found to secure the future of the theatre.

There is a facebook page set up to help Save the Whitehall Theatre.

Posted by Richard McCready at 20:01