On Friday evening Dundee Labour Party held a very good meeting. Michael McMahon MSP, Labour's spokesperson on local government spoke at the meeting. It was great to hear from Michael about his work and about Labour's policies for local government.
Posted by Richard McCready at 01:01 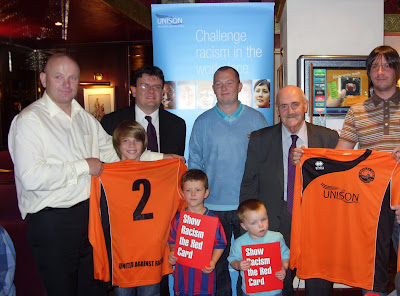 I was delighted to be present at this event and see that local football teams based in the West End take the issue of racism seriously. I support the work of United against Racism and Show Racism the Red Card. It is also good to see that Unison supports these efforts against racism. It is good to see local Welfare League teams taking the issue of racism seriously. Dundee is a multi-cultural city and there is no place for racism in our city.

At lunchtime on Friday the council held a briefing meeting on suicide prevention. There have been many issues about suicide in Dundee recently. This was a very interesting meeting which highlighted many of the issues around this. I extend my sympathy to everyone who has been touched by suicide. People who have problems should speak about them. I asked that the council ensures that policies are examined to ensure that they do not add to the troubles of those who might be contemplating suicide. For more information please visit the Choose Life website.
Posted by Richard McCready at 23:42 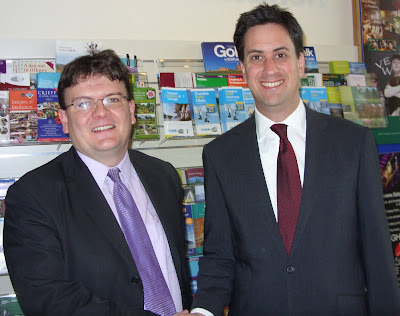 On Friday morning I met with Ed Miliband who was in Dundee as part of his campaign to become leader of the Labour Party. I was impressed with Ed and it was good to hear what he had to say. The five candidates for the Labour leadership are all excellent. It will be very interesting to see who wins.
Posted by Richard McCready at 23:23

McTaggart Centre's Future should be clarified

I was surprised to hear that the McTaggart Centre had been closed. I think that it is important that the future of the centre is clarified sooner rather than later. I know that roller hockey players feel that they have been let down as they have nowhere now to practice their sport. It is important that council officers try their best to find a location for roller hockey.

I know from speaking to local councillor Kevin Keenan that the Strathmartine ward has many sporting facilities but I think that we should look to build on this. It would be a sad day if the McTaggart Centre closed.

It is also important for the city of Dundee to honour Dick McTaggart. McTaggart was a great Olympian and I think that his contribution to sport in Dundee and Scotland should continue to be marked.
Posted by Richard McCready at 22:31 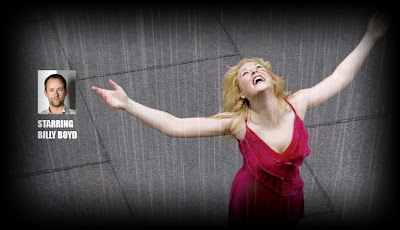 On Tuesday evening I attended a performance of Sunshine on Leith at Dundee Rep. I am a member of the board of directors at the Rep and this was a fabulous show. The audience reaction throughout the show was fantastic and everyone I spoke to really enjoyed the show. The play will be touring throughout the autumn and I would urge anyone who has the chance to see this great show. Well done to everyone involved this production. Please click here to watch a video of a trailer for Sunshine on Leith.

In Dundee we should be proud of the fact that we have such an excellent theatre which consistently puts on the best in theatre right in the heart of Dundee. It is important that even in these difficult economic times the City Council, the Scottish Government and others recognise the impact the Rep has on promoting the city of Dundee.

Posted by Richard McCready at 10:13

I was delighted to be at this important event. it is important to that the Brittle Bone Society's records are preserved. This is the only charity based in Dundee which has a Britain-wide remit. I was pleased that the Scottish Government, through Health Minister Shona Robison MSP, were present and that they recognise the importance of preserving this important part of British social and medical history. The collaboration between the Brittle Bone Society and the University of Dundee Archives is excellent and demonstrates the excellent work which the University does and it is good to see two organisations based in the West End of the city working so closely together.

Well done to everyone involved.
Posted by Richard McCready at 12:45

Dundee Flower and Food Festival must go on

Firstly I want to thank everyone who made this year's Flower and Food Festival a success, especially those council employees who go above and beyond the call of duty to make the event a success and the many voluntary organisations who make great efforts to be at the show.

I was shocked to hear on Friday that the City Council was having doubts about the future of the show, this was the first I had heard of this. I am pleased that there appears to have been a U-turn and that the future of the festival appears to be safe. This festival puts Dundee's name on the map and attracts many visitors to the city. I am glad that there has been a recognition that when analysing the festival that we must look at its total impact, economic and social, and not just on the balance sheet of the festival.

I will be seeking an urgent briefing from Merrill Smith the Director of the Dundee Flower and Food Festival to get an up to date picture of where we go from here. I hope that the festival goes on from strength to strength. The Labour Group on the City Council will certainly oppose any attempts by the City Council's Administration to close the festival.
Posted by Richard McCready at 12:25 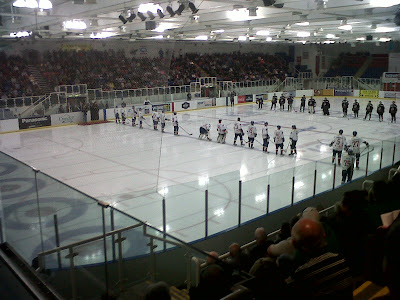 On Sunday evening I attended the first match of the Elite League Ice Hockey season at Dundee Ice Arena. I was very disappointed at the score when Sheffield Steelers beat the Dundee Stars 6-0. It was great to see a good crowd there though and I hope that the team will improve over time. It is a good evening out and well worth getting going along to cheer on the team.
Prior to the game I was sad but proud to take part in a minute's silence for Tam Wilson a great fan of ice hockey in Dundee and a supporter of the RNLI at Broughty Ferry. Tam was a lovely man and will be missed by his many friends.
Posted by Richard McCready at 12:04