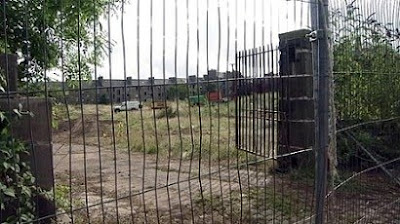 The Scottish Government has given a qualified approval for the proposals for two new schools and a nursery at the Logie site in the West End.

Along with my colleague Laurie Bidwell I have responded to this announcement. It is essential that there is now effective consultation.

Councillor Laurie Bidwell, Labour Education Spokesperson on Dundee City Council, said:
“I am pleased that Ministers in the Scottish Government have now made their decision about the West End Schools' site, which has been conveyed in a letter from the Schools Directorate in Edinburgh. The letter contains qualified approval for the site for the planned twin campus primary schools for the West End to replace the existing Park Place and St Joseph's Primary Schools. I note that the letter finishes by politely but firmly urging the Council to consult with and reassure the community on a number of contentious issues:

'I would ask that the Council acts on the three recommendations of HMIE (Her Majesty's Inspectorate of Education) by sharing and discussing its detailed plans for the joint campus with parents, by reassuring them regarding the two specific matters mentioned and by making clearer its plans and commitment for dedicated use of part of Victoria Park as playing fields by the two schools.'

“It is clear from the government letter that there are now detailed plans not previously shared with elected members nor with parents and teachers. Parents, teachers and the Education Committee should be consulted and involved without delay.”

“I welcome a decision being made, now it is time for the council to work with local people to deliver a solution which suits everyone. Clearly the report by the HMIe leaves a number of issues unresolved and makes the case that parents need to be engaged in the process. I hope that the Education Department set out a clear time scale which engages parents and the local community in bringing forward these proposals. I will be seeking an urgent meeting with the Leisure and Communities Department to discuss the impact of the proposals on Victoria Park. Victoria Park is a popular local park and if PE lessons are held there regularly this will change the nature of the park. Recently I asked the Director of Leisure and Communities about plans to use Victoria Park in this way and he stated that he knew of 'no such plans.' There is a need for joined up thinking if this proposal is to be brought forward. Overall the message is clear. If the Education Department want to bring this project to fruition, it must engage much more effectively with parents at all the schools in the West End and demonstrate that their concerns have been addressed.”

Posted by Richard McCready at 22:59 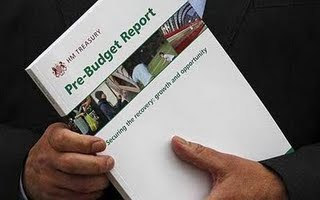 On Wednesday the Chancellor Alistair Darling delivered the Pre-Budget Report in the House of Commons. To find out more about it click here, or here.
The Pre-Budget report aims to protect frontline services - schools, police and the NHS - to invest in growth and halve the deficit fairly in 4 years.
The Pre-Budget plan outlines how Labour will take the British economy out of the downturn fairly and sustainability - avoiding the dangerous, damaging and immediate cuts proposed by the Conservatives.
Posted by Richard McCready at 22:34

On Tuesday I attended the AGM of the Dundee Citizen's Advice Bureau. It was good to hear about the excellent work which they do to help fellow Dundonians. To find out more visit the Dundee CAB website. Everyone who helps in this work is to be congratulated especially the volunteers.
Posted by Richard McCready at 10:34

The City Council and its various committees met on Monday evening. The agendas can be found on the City Council's website. I spoke on a number of issues.

The Education Committee considered an Agenda note on Harris Academy. Like everyone else I welcome investment in Harris Academy. Clearly there is a very strong case for refurbishing Harris Academy and I know that people in the West End and beyond are very pleased that this work will go ahead.

I am disappointed about this agenda note. I do think that this committee requires a fuller report. Collectively we need to ensure that we are making the best use of the resources available to refurbish Harris Academy; on the basis of this agenda note I am not sure that we can make an informed decision. It is important to remember that this is at a time when the Scottish Government has been unable to deliver some of its key pledges in education apparently from not sharing the full information with the whole cabinet; I think that this agenda note leaves us in a similar position. Further on in Monday's agenda the Social Work and Health Committee approved spending £38,000 - to explain this spend there is a 3 page report. I look forward to receiving further information, it is disappointing that the Education Committee did not receive a full report.

The City Development Committee considered a report on the campaign to get civil service jobs for Dundee. The policy of dispersing Civil Service jobs from Edinburgh was instigated by Donald Dewar. Clearly Dundee could have received more jobs but the truth is that it received some. The policy of the current Scottish Government is that it will receive none. This is a policy which has been 'kicked into the long grass.'

Shona Robison MSP said, 'There have been a lot of warm words, but little is being delivered.' I am sure that the Convener means to deliver more than warm words, perhaps it is Scottish Government ministers, including Shona Robison who are preventing the SNP-John Letford Administration from campaigning for Dundee.

The Leisure, Arts and Communities Committee considered a report on outdoor play, I said, 'I welcome this report which recognises how important these outdoor areas are to our city. I commend the department for taking this policy area very seriously. It is crucial to recognise as the report does the legal rights of children and young people to access play. It is also imperative that we recognise as does the report the health and educational benefits of providing good quality play and outdoor areas.

I would be grateful if the officers could provide answers to a few questions.
1. What is being done to ensure that children and young people with disabilities or with access problems can access appropriate play equipment?
2. Are there any plans divest the council of public play areas?
3. On page 7 of the report before us it talks about schools opening up their outdoor spaces for casual and organised play after school and during holidays, could we have some idea of how that policy will be taken forward?'

The Social Work Committee considered a report on dementia strategy. I said, 'This report and its approach is to be welcomed. Anyone who has experienced a relative or friend suffering from these terrible conditions will know how important it is to get policy right in this area. We must give support to those with dementia and give support to their families and carers. I particularly welcome the individual focus of this report. There is no one-size fits all approach here and I welcome that. It is important to respect the independence and dignity of people with dementia.

As I have said I welcome this report; its sets out ambitious targets could I ask if you are convinced that the funding is in place to deliver all these targets?' Officers assured me that they are satisfied that they can deliver on these targets.

I asked the Director of Finance about the spending which had gone on so far on the West End Schools Project. She assured me that the spending so far had been on design and on geo-technical work. She also said that no further spending would go on until an answer had been received from the Scottish Government with regard to the size of the site.

I supported plans to give the West End Community Planning Partnership (and the Ferry LCPP) equal status to the other six in the city. This was voted down by the administration.

Posted by Richard McCready at 09:30 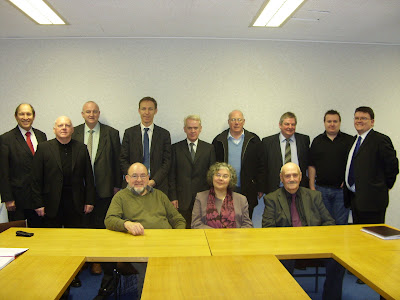 On Monday the Secretary of State for Scotland, Jim Murphy, visited Dundee. Jim was making a very important announcement of UK Government funding to support the Games industry in Dundee.
This is a very important industry in Dundee, indeed some of the businesses associated it with are based in the West End. The University of Abertay Dundee is a leader in this important area of work. Jim McGovern played a crucial role in convincing the UK Government to support this work in Dundee.
Later on Jim Murphy visited the West End ward and discussed the issues which matter with some local residents. Then there was a brief meeting with Labour activists in Dundee, the picture above shows some of those present.
Posted by Richard McCready at 23:51