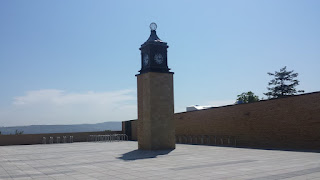 Last night I attended the Annual General Meeting of the Harris Academy Parent Council.  This was an important meeting because it was the first after the school had moved back to the Perth Road and also the first after the closure of Menzieshill High School.

Any new building would suffer from teething problems and there are a few at Harris Academy, there are issues about heat in some of the rooms for example.  The council is looking at solutions to these.  I will be keeping a close eye on the actions of the council, because whilst teething problems are inevitable they also cannot get in the way of the education of the young people at Harris Academy.

There are some travel issues, one of which is the perennial issue of people's behaviour outside of schools.  Parents, carers and others picking up pupils need to act in a responsible and safe manner.  This is true at Harris, just as it is at St John's and at Blackness Primary and at Victoria Park, St Joseph's and Balgayhill. There are some issues around buses and I have raised these with the bus company and with council officers.

I want to congratulate the office-bearers of the Parent Council on their re-election last night and also point out that they have done a marvelous job in recent weeks visiting the school on a regular basis to see for themselves what is happening.  Staff have been putting in a huge effort to make the opening of the new building a success as well.

If any parents or pupils have any issues which they think can't be solved by the school I am happy to hear from them.

We all know that there will be issues around the new school but I am keen to work with parents, pupils and the school to make the new Harris a success.
Posted by Richard McCready at 16:49 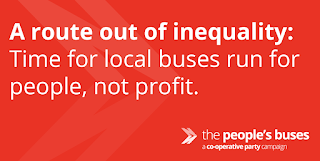 On Wednesday evening I attended a meeting of the Community Spirit Action Group which covers the northern part of the West End ward.  It was once again an excellent chance to listen to the concerns of local people.

Much of the discussion was about how unsatisfactory bus services are for this part of the ward.  The what seems like the umpteenth year in a row changes made by Xplore Dundee and Stagecoach are taking away services from local people.  Many of these people are elderly or less mobile and cannot walk distances to the areas of the ward where there are relatively good bus services.  My view on this is clear we need regulation in the bus industry.  The market does not provide services that meet the needs of all the people in the West End.  At the same time as bus companies focus on profitable routes the bus industry receives hidden subsidies from the public purse, Dundee City Council pays for the infrastructure of bus stops and information boards for example.  We need action to improve bus services.

There were also issues raised about recycling and the plethora of roadworks which have been disrupting the area recently.

Posted by Richard McCready at 15:26 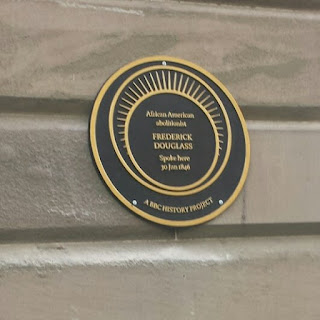 Last week I was delighted to be able to attend an event which marked Frederick Douglass's visit to Dundee in 1846.  Frederick Douglass was an African-American on the run slave who campaigned for the abolition of slavery.  He spoke against slavery across the USA and toured the UK including coming to Dundee.

In Dundee Douglass spoke at the building which now houses the council's Music Centre in Bell Street.  As part of a forthcoming BBC series 'A Black History of Britain' Dr Peggy Brunache gave a brief but very interesting talk on Douglass's visit to Dundee.  A plaque was unveiled on the outside of the building commemorating Douglass's visit to Dundee.

I think many people will be surprised to find out about this part of Dundee's history.  It reflects the fact that Dundee's history is much more diverse than many people understand.  Along with my colleague Councillor Georgia Cruickshank I am keen that Black History month is marked in Dundee.  The story of our city is not just about middle-class white men and we should be looking at ways of celebrating and marking this fact.
Posted by Richard McCready at 23:55