p&amp;Rcommittee 14feb2013 Amendment Revenue Labour Group by Richard McCready
Today the City Council set the Budget for the next year.  Given their majority on the council it will come as no surprise that the SNP got their Budget proposals through.

I seconded Labour's Revenue Budget amendment. Our amendment would have retained class sizes of 20 for Maths and English classes in every secondary schools and given a fund to soften the blow of the cuts to externally funded social work services and supporting people services.

The Budget is all about priorities, I accept that times are difficult and that governments in Holyrood and Westminster have not been kind to us.

Our savings would have come from things like hospitality budgets, and money spent on dealing with ash from the non-functioning DERL plant.

I believe that it is wrong to treat  pupils differently in different schools.  I want every one of the council's schools to be successful and to invest in the future of the young people who attend that school.  That is why our amendment sought to re-instate class sizes of 20 for S1 & S2 Maths and English.

I cannot believe that an across the board 5% cut to externally purchased social work services or protecting people services is a well thought out, fair and equitable way of proceeding.  We heard deputations from Unison and Dundee Voluntary Action.  I shared concerns which had been raised about the Equality Impact Assessment

We must seek to defend the poor and the vulnerable in our society.  We should seek to be a voice for the voiceless.  I am disappointed that officers have suggested that Labour's plan to use the police and fire service reserves was not allowed.   to But we found £300,000 to set up a fund to soften the blow for those organisations being faced with a cut of 5%.  We were also looking for any extra monies that become available from places like DERL should be spent on protecting the vulnerable in our society.

Labour's amendment sought to support education and sought to support those most in need of council services.  I am disappointed that SNP councillors did not listen to us and that they voted to cut 5% off services for some of the most needy in Dundee.

Posted by Richard McCready at 01:00

Last Monday evening saw the latest round of City Council Committee meetings.  As Labour's Environment spokesperson I spoke on a number of items on that agenda.  I spoke about my concerns about air quality,

this is an important issue.  We must be concerned about reports that suggest that Dundee has 4 of the top 15 polluted streets in Scotland.  I was interested in officers views of the reports recently issued by Friends of the Earth Scotland.  I also wanted to know what the council is doing to deal with the areas where air quality is bad?  I also wanted to know if there were other areas of the city where we should consider monitoring air quality and if so how would these be chosen?  I will continue to look for more information on this important issue and try and get the council to take action where appropriate.

I also spoke in favour of the renaming of the Caird Park Stadium in memory of Ronnie McIntosh.  I was very pleased that this item was brought before us.  I think that this is a fitting tribute to Ronnie McIntosh.  I did not know Ronnie well but I did meet him on a number of occasions.  He was a man who tried to overcome hardships and who made a real effort to put something back into the community.  I think that renaming Caird Park Athletic Stadium the Ronnie McIntosh Athletics Stadium is a fitting tribute.  I hope that this gesture by the council will offer some comfort to his family and friends.  I hope that many Dundonians will be inspired by Ronnie McIntosh’s legacy and strive to achieve their best at this stadium which is being re-named in his honour.

At the Policy and Resources Committee I spoke in favour of bringing the National Performance Centre for Sport to Dundee.  I welcome this report it is good to see that it is being taken forward.  I think that Dundee has a strong case to make for the National Performance Centre for Sport being based in Dundee.  Clearly, many people in the city have shown their support for this facility to be in Dundee through supporting Jenny Marra's campaign on the issue.  It is good to see a strong partnership, among a variety of organisations, pulling together to deliver this bid for the city.  What we need now is for the Scottish Government to see the strength of the case that Dundee has put together.  I said to the Convener, Cllr Guild,  'I know that you will be pulling out all the stops to ensure that this facility and investment is delivered to Dundee and in that you have my full support.  If there is anything that the Labour Group can do to assist you in your campaign to make the Scottish Government listen to our bid all you have to do is ask.'  I fully support this important bid and fully expect the Scottish Government to do so as well.

At the Housing Committee there was a debate on the bedroom tax and the direct payment of housing benefit to claimants rather than landlords.  This policy pursued by the Tory/Lib Dem government is wrong and will have bad consequences for families across Dundee.  Labour has opposed these moves.  There were reports before which will allow the council to alleviate the problems caused by these changes to a few council tenants.  There was then an attempt to use this policy as a reason to support independence, although it is interesting to note that the motion that the SNP councillors passed in effect supported the so-called 'devo-max.'  I said that we should focus on what was before us and call on the UK government to look at ways in which it could look at how benefits are paid especially to try and prevent rent arrears.
Posted by Richard McCready at 13:18

77 years too long to wait for International Match 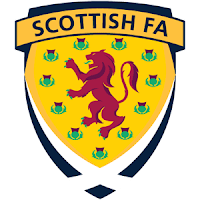 I was delighted that the Scotland team won in Aberdeen against Estonia last week.  I believe that it is time for Scotland to end the 77 year wait and play a full international match in Dundee for the first time since 1936.
It was great to see Scotland win the match against Estonia in Aberdeen.  I think it is good that not all Scotland matches are played in Glasgow these days.  In recent years Scotland have played in Edinburgh, Aberdeen and Kilmarnock; it's astonishing that there hasn't been a full international match in Dundee since 1936.
Sadly, it is highly unlikely that anyone who witnessed that match against Wales in December 1936 is still with us, although I would be delighted to hear from anyone who was at the match.  It is so long ago that King Edward VIII was still the king and the Abdication crisis was just beginning.  It is so long ago that Dundee had a Tory MP.  It is surely time that Dundee was considered as a host for an international match.
Dundee has excellent facilities and I hope that soon the National Football Academy which my colleague Jenny Marra is leading the campaign on will bring even better facilities to the city.  It would be good for the economy of the city to be able to showcase our great city to an international audience.  An international match would bring visitors to the city and would bring benefits to the economy.  I think that Dundee has a very strong case to be UK City of Culture in 2017 and I think that football has been a very strong part of the culture of the city and that it would be appropriate to host an international football match as part of our celebration of culture in that year.  It would be good to host an international match before then as well.
I will be contacting the SFA and asking to meet with them and make the case for our great city hosting an international match in the near future.  I think that a 77 year wait has been too long already.
You can see me making the case for an international match in Dundee on the STV news here, (report starts at 11.11 minutes)
Posted by Richard McCready at 12:14