Dundee Should Apply to be UK City of Culture in 2017 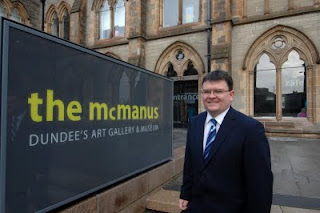 I think that Dundee should apply to become the UK City of Culture in 2017.  This was a commitment in Dundee Labour's manifesto at the recent election.

I fully support Dundee bidding to become the UK City of Culture in 2017. Dundee has so much going for it that I think it would be very strange indeed if we did not attempt to gain this prestigious UK accolade. Dundee has so many great cultural venues already, like the McManus, the Rep and DCA. These are going to be added to with the V & A coming to Dundee.

I think that bidding for the City of Culture title would focus minds on cultural centres working together. It would also focus minds on making sure that everyone in Dundee benefits from the marvellous cultural facilities which we have.
Being UK City of Culture would attract great attention to the city and would tell the world what we already know that Dundee is a great place. It would be good to attract new visitors and investment to the city. It would also underline Dundee's place as one of the most important cultural cities in the United Kingdom.

Next year the City of Derry will be the UK City of Culture and if the local council there can come together to promote their city in such a fashion then so should Dundee.
You can see a report on this issue on the STV News for Dundee and Tayside by clicking here, the report starts at 15.40.
Posted by Richard McCready at 23:46 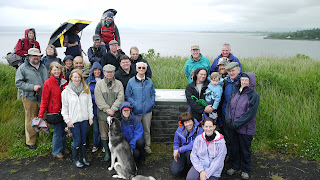 Riverside Nature Park is a great place for a visit and these new boards displayed on the plinths certainly give more information about the park and will enhance any visit.  The photograph (courtesy of Cllr Will Dawson, in a show of cross-party working!) shows some of the hardy souls who joined me at the 'unveiling'.
Posted by Richard McCready at 13:34