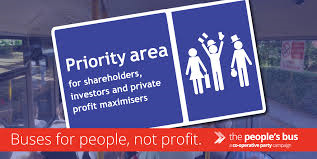 I'm disappointed at the cancellation of the Number 26 Bus Service by Stagecoach.  I believe that this demonstrates the need to bring in bus regulation in Scotland.  I  believe that given the level of subsidy that bus companies receive that they should provide a public service.


Unregulated competition in the bus market is not helping the travelling public in Dundee.  Companies cherry-pick profitable services and try to undermine other services, none of this goes any way to providing an integrated bus service which serves the needs of the people of Dundee.  There are many aspects of the bus service in Dundee which are good but neither bus company in Dundee provides socially necessary services unless they receive a subsidy to do so.  I want the government to regulate Scotland's bus services to better serve Scotland's passengers.


I think we should stand up to powerful vested interests in the bus market and elsewhere and say to them that for the level of public support they get whether through infrastructure like bus stops - provided by the council, or subsidies provided for some routes we expect a public service.  We expect a service which meets the needs of the people of Dundee and of Scotland.


I want to see a People's Bus service run in the interests of people and not in the interests of the shareholders of bus companies.  I want an integrated transport system underpinned by new regulation which would provide transport authorities with powers to set service levels and group profitable routes with non-profitable routes. I want local communities to have a greater say over bus services. 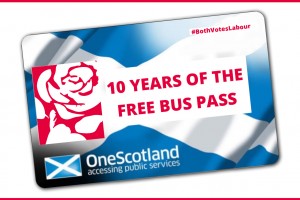 The current unregulated service is not good enough and needs to be fixed.

This is why I am pleased that the Scottish Labour Party has stated that it will bring in legislation to regulate the bus industry.

It is why as a co-operator and a Scottish Co-operative Party candidate in the Scottish election I am proud to support the People's Bus Campaign.  I want to see bus services which are just that -  services.  We should be more interested in meeting the needs of bus users rather than the needs of shareholders.  We should regulate bus services, we should prevent big businesses from cherry-picking profitable routes and encourage not-for-profit services.
Posted by Richard McCready at 20:21

Shocked at rats in broad daylight in City Centre

I am shocked at reports in the Courier this morning about rats running about in daylight in the city centre.  I am even more shocked by the admission by the City Council that this is happening before cuts to street cleaning take effect.  What state will the city be in then?
These pictures are shocking. I will be seeking answers from the City Council about this. The case for reducing the numbers of street cleaners has never convinced me. Dundee is one of the best performing council's for street cleaning according to surveys. It is strange that the council has chosen to undermine this by reducing numbers of workers.

This is a consequence of the Dundee SNP meekly accepting cuts from Holyrood and effectively being a ‎conveyor belt  for Tory austerity. These choices have consequences and in this case the consequence  is rats on our streets.
Posted by Richard McCready at 15:42