I was sorry to hear of the death of former Labour MP and Secretary of State for Scotland Bruce Millan.  I can just about remember his name from the news when he was Secretary of State for Scotland in the Callaghan Government.  Millan was know as being an MP in Glasgow but he was born in Dundee and was a former pupil of Harris Academy and a former student of the University of Dundee.  You can read about Bruce Millan's career and read tributes to him here.
Posted by Richard McCready at 16:09

Centenary of the First World War 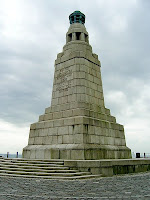 On Friday I was really pleased to attend the Annual General Meeting of the Great War Dundee group.  This group whose full .title is the Great War Dundee Commemorative Project 2014-2019, this group aims to mark the centenary of the First World War.  There are a lot of plans to mark the centenary of the war in a wide variety of ways.

Dundee played a particularly important role in the First World War and it is important that the sacrifice of many Dundonians. It is important to also remember the many other aspects of the history of the period which should also be recognised.

I am looking forward to this group bringing together a series of events which will reflect the history of the Great War and fittingly mark the centenary of this important event.  Please keep an eye out for their proposals.
Posted by Richard McCready at 15:43 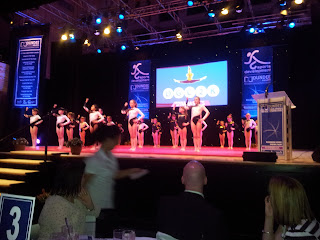 Last night I attended the Sport Dundee Awards ceremony.  It was a great event and it was really good to hear about the achievements of sportspeople and clubs across Dundee.  Many of these achievements were at an elite level but importantly many were also about putting something back into the community.  I am the chair of DGC2K gymnastics club and it was great to see the gymnasts from the club doing a display at the start of the event.  The rather blurry picture shows the gymnasts on stage at the Caird Hall.

I would like to congratulate everyone who was nominated and everyone who won at the awards.  It is unfair to single out anyone but some did stand out, the achievements of Grove Menzieshill Hockey club in the past year are very impressive.  I was also pleased to see Neil Munro from Riverside Football Club win an award as a community coach, this club is doing a great job in the West End.  I was delighted to see Maureen Golden win the Lifetime Achievement award.  I know Maureen from serving on the Sport Dundee Committee with her and her award was very well deserved.  It was also good to see all those from Dundee who played a part in the Olympics and Paralympics recognised.

Well done to everyone who made the event such a success.  The event showed just how much sport can add to society.
Posted by Richard McCready at 09:54