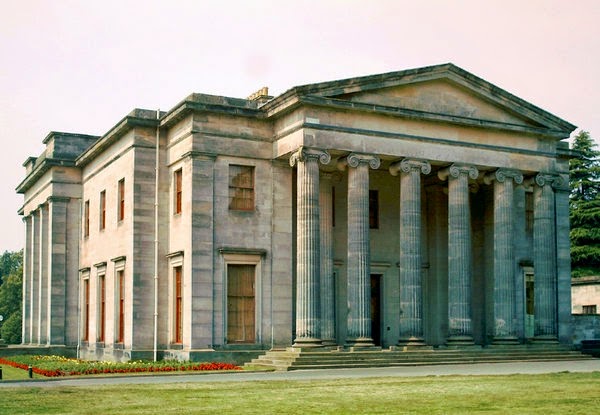 Camperdown House is the forgotten gem of Dundee and faces a bleak future unless someone in the city council grasps the nettle and finds a sustainable use for the historic building.
I have been calling for something concrete to be done for a number of years now.  I think that it is time for the council to decide how it is going to make changes happen at Camperdown House.


The most recent report on the future of the A-listed Camperdown House seems to be gathering dust on a shelf somewhere, despite almost £1 million having been spent on major roof repairs three years ago.

The neo-classical mansion is one of Dundee’s glories. However, apart from the occasional large-scale event, most notably the annual Flower and Food Festival, the stately home remains closed to the public.

Part of the problem now is that no one department seems to be interested in taking responsibility for promoting the building.  It’s a crying shame that it’s closed nearly all the time and only opens for the Food and Flower Festival. A lot of people do express interest in Camperdown House when they see it being used for that.  It’s not controlled by Leisure and Culture Dundee and the environment department don’t have an agenda for it, neither does city development, so it falls between three stools.

I think there is scope for the possible use of it as a restaurant/café or a hotel of some sort. I’d like to see that if there is any kind of private use for it that there was also a way in which the public could be given access to the artworks and the exhibits.  There should be an exhibition about the history of the house and the background in the Battle of Camperdown.


Something must be done about it because there was a lot of money spent on roof repairs recently and the public are having to pay for the continuing maintenance of a building that’s empty most of the year. It needs someone to grasp the nettle and take it forward.
Posted by Richard McCready at 15:46