As I have already said, whilst I clearly do not support the new UK Government I wish it all the very best of luck. I support a great deal of reform of our political system, I am an active member of the Labour Campaign for Electoral Reform for example, I am attracted to the idea of fixed term parliaments. I think that we need to look at this is some more detail though. The UK is a parliamentary democracy, the government needs to have the support of a majority in parliament. I am confused as to how the other side of the fixed-term parliaments proposals being brought forward include a lock for a government to continue without a majority in parliament on a vote of confidence. The BBC is reporting that under the proposals as they stand just now if every Conservative MP voted to keep a Tory government and every other MP voted against which would be a clear majority against the Government would not fall. This seems to me to be neither very liberal nor very democratic. Perhaps the Tories are going to ditch the Lib Dems as soon as they get this piece of legislation through.
Posted by Richard McCready at 12:29

This evening I was pleased to attend a Civic Reception which marked the contribution of the various people who made the excellent refurbishment of the McManus possible. The McManus has been a great success since it has reopened. It was good that the people who made this happen had their contribution recognised this evening. Council staff worked hard to ensure that the McManus Galleries were refurbished I am delighted to recognise their contribution. It was good to see the former Convener Chic Farquhar who set the ball rolling on the process. For myself, I am proud to have played a part as the Convener of Leisure, Arts and Communities in the refurbishment of this much-loved building.

The McManus can be found on facebook and also has its own website.
Posted by Richard McCready at 23:06

Only 226 Days until Christmas 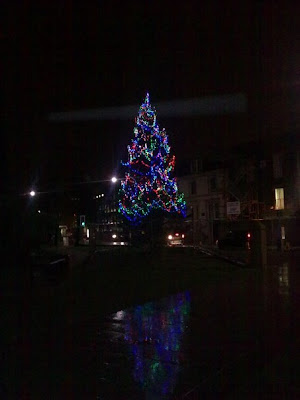 This afternoon there was the first planning meeting for West End Christmas week 2010. This year will be the 10th Christmas week. More information will be available in due course about this excellent community celebration.

On another Christmas related story I was really pleased to see that the Council Administration has seen sense and will have a Christmas Lights switch-on this year rather than a Winter Light Night celebration. I was disappointed that so much bad publicity came Dundee's way as a result of last year's misguided policy. Christmas is the most important community celebration in Dundee and should remain so. You can read about the Administration's decision here.
Posted by Richard McCready at 22:54

On Wednesday afternoon along with council officers and local residents I took part in a walkabout in the Pentland area of the West End. This allows issues which concern local people are dealt with effectively. If you live in the area and you have any concerns please get in touch with, or visit my surgeries including at Morven Terrace Sheltered Housing Complex or at the Mitchell Street Centre.
Posted by Richard McCready at 10:49 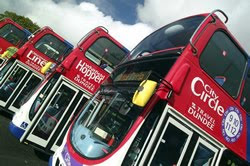 On Wednesday I attended a briefing meeting with National Express Dundee at which they outlined the changes that they will be making to bus services in Dundee. The changes will be outlined on their website before too long. I will be examining these proposals in detail over the next couple of days to ensure that people in the West End continue to enjoy the best bus service possible. If you have any concerns about bus services please get in touch with me.
Posted by Richard McCready at 10:43 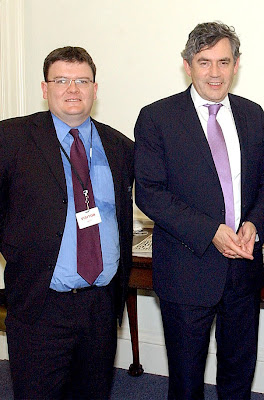 I am very sad that Gordon Brown resigned as Prime Minister tonight. I think that Gordon has been very much underestimated as Prime Minister.
Gordon Brown campaigned for a fairer country. He truly believed in making the Britain fairer and he also worked tirelessly against poverty world-wide.
I have met Gordon Brown on a number of occasions and I was always impressed with him. I think that his statements over the past couple of days have shown that he has put the country first.
I am obviously saddened that Labour is now out of power at Westminster, I think that Labour in power over the last 13 years has delivered a great deal for the people of the UK. The people of the United Kingdom have spoken though.
I hope the Lib Dems know what they are doing in supporting a Conservative Government.
I wish the new Government well, as it is in the national interest that they do well.
For the Labour Party clearly we need to regroup and come back with a new leader arguing for the policies which we believe in, campaigning to make Britain fair. Please see the video of Gordon Brown speaking to Labour Party workers.
Posted by Richard McCready at 23:19

Tonight I attended the monthly meeting of the West End Community Council. As ever this was a very interesting meeting as a local councillor it provides an excellent opportunity to listen to the concerns of local people. WestFest is happening at the end of June and we heard of the latest plans, you can read about them here.
Posted by Richard McCready at 22:49

Monday evening saw the latest meeting of Dundee City Council and its committees. There was a pretty light agenda for these meetings. The Social Work and Health Committee looked at a report about inspections from the Care Commission about services delivered by the City Council. Along with a number of other councillors I asked about reports about services which are paid for but not delivered by the City Council. We were given an assurance that another report will be forthcoming.

The meeting finished with the council wishing Dundee United good luck for the Scottish Cup Final on Saturday.
Posted by Richard McCready at 11:16

On Monday afternoon I took part in a couple of meetings at Dundee Ice Arena, one looking at health and safety and another looking at bar and catering. These were interesting meetings about important aspects of the Ice Arena's operation. These are exciting times for the Ice Arena with Elite Ice Hockey coming in the autumn. Health and safety is obviously important to the operation of the arena. The Ice Arena has a range of rooms which can be used for meetings or celebrations, these are well worth a look.
Posted by Richard McCready at 11:11

Monday morning saw a regular meeting of Tayside Fire and Rescue Board, this was a little less controversial than recent meetings have been.

As an unwelcome reminder of what the issues which we discuss at Fire Board are all about the meeting opened with the Convener paying tribute to two firefighters who lost their lives recently in Southampton, it was fitting to pay tribute to James Shears and Alan Bannon. It was a timely reminder to members of the board about what we are asking firefighters to do on our behalf.
The meeting received reports on the work of the Fire and Rescue service over the next year. I raised a couple of issues about the number of fire fatalities, which have gone up in the last year. These numbers are small but one fatality is one too many, I am satisfied that we are working to do all that can be done to lower these numbers.
Posted by Richard McCready at 10:56